How often should you water your bonsai tree

Under a temperate climate, you should water your bonsai tree planted in a bonsai pot;

But this general rule should be altered depending on several factors such as soil in which your bonsai tree is planted, climate/weather of your region and tree species and its growth stage.  You need to observe your bonsai tree carefully and water them when the soil is half dry.

There are three major factors that affect a bonsai tree’s water needs.

Soil factors in bonsai trees’ watering needs can be subdivided into (i) soil’s water-holding capacity and (ii) the amount of soil in the pot. 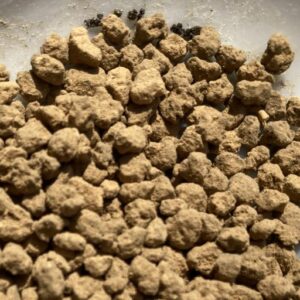 A soil’s water-holding capacity depends mainly on its texture, i.e. relative proportions of sand, silt, and clay in soil.  Clay soil can hold more water than sandy one, so clay soil is better in the water-holding aspect.  On the other hand, plants are able to extract more water from sand than clay because clay particles hold water so tightly to the particle surface that plant roots are unable to extract it from the soil.

Ideal bonsai soil has a good water-holding capacity but it also requires good drainage and aeration.  The balance between these three is important.  But in general, bonsai soil needs smaller amounts of more frequent watering than ordinary houseplant soil mix.

“How to make bonsai soil at home” (Link here) Soil depth is another important factor.  Shallow soils as in bonsai pots will require lighter and more frequent waterings than usual because there is not much soil to hold water in the first place.  Also, very compacted soils after a few years of repotting cannot hold water well so it also requires more watering.

Humidity: Water use by bonsai trees increases as humidity decreases; the same is true with evaporation.

The highest water needs for a bonsai tree are found in areas which are sunny, hot, dry, and windy.  The lowest are found when it is cloudy, cool, and humid with little or no wind.

From the table above, it is clear that a bonsai tree grown in different climatic zones will have different water needs.

The table below shows the average water need of standard grass during irrigation season (desert climate zone with high temperature being 100%).

This shows that the humidity level is a key factor, besides temperature, that affects bonsai trees’ water needs.

US climate zones and watering

There are 5 major climate zones in the mainland US; The major Köppen zones in the U.S.

1- Zone A (Tropical Climates): Under tropical moist climates, all months have average temperatures greater than 64°F (18°C) and annual precipitation greater than 59″.

3- Zone C (Moist Subtropical Mid-Latitude Climates): This climate generally has warm and humid summers with mild winters.  During the winter, the main weather feature is the mid-latitude cyclone.  Thunderstorms dominate summer months.  If kept outside, bonsai trees might not need frequent watering in these climates because of high humidity and precipitations.

4- Zone D (Moist Continental Mid-Latitude Climates): This climate has warm to cool summers and cold winters.  The average temperature of the warmest month is greater than 50°F (10°C), while the coldest month is less than -22°F (-30°C).  Winters are severe with snowstorms and strong winds.  Bonsai trees might not need as much watering as in warmer regions.

Bonsai species and its growth stage

Among bonsai species, coniferous trees are the most drought-tolerant.  In general, flowering and fruit bonsai species do not have good drought tolerance, and both yield (number of flower/fruit) and quality can be severely affected by moisture stress.

There is a seasonality factor too.  Bonsai trees need more water during spring, summer and fall than in winter.  Except for evergreens, they are dormant during winter and do not require much water.  For the flowering/fruit bonsai trees, their water needs start to increase from spring and reach a peak around flowering and/or fruiting time.

Bonsai trees’ growth stage affects their water needs as well.  A younger tree needs more water to grow than the mature one.

Best Bonsai Species For A Gift
Best Water For Bonsai: Tap, Rain, Or?